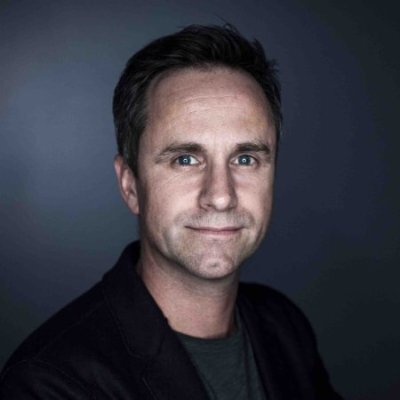 NEW YORK, May 25, 2017 /PRNewswire/ -- TBWA Worldwide today announced the promotion of Chris Garbutt to the role of Global Chief Creative Officer. In his new role, Garbutt will spearhead creative direction and development for the TBWA collective at large, overseeing the creative product across TBWA's roster of global clients that includes adidas, Accenture, Apple, McDonald's, Michelin and Nissan, among others.

Commenting on the promotion, Troy Ruhanen, president and CEO of TBWA Worldwide, said, "To be a great creative leader, you need to have a vision for the type of culture you want to create, you need to inspire belief every day, and you must be forever restless. On all fronts, Chris has delivered. The energy and momentum he has created inside of the company is tremendous. The talent he has attracted and developed is best-in-class. And his relentless drive to make great work for our clients is infectious. I'm thrilled to see him take on this new role."

In his prior role as Global Creative President, Garbutt, 45, implemented a creative vision built upon and executed against the kind of disruptive strategies that are hallmarks of TBWA, while demanding a much higher level of craft. He's built a strong global creative collective of connected but distinct agencies, and has been instrumental in attracting new clients and talent to the company. He has also introduced internal programs that encourage unconventional creative thinking and collaboration on the agency's top brands.

Evidence of the success of his efforts abounds, with the New York agency more than doubling its revenue since he joined. Industry recognition has followed, with TBWA ranked as a top-3 network at the 2017 D&AD awards, a top-5 network at the 2017 One Show, and more than doubling its award tally at both shows year-over-year across a diverse array of brands and geographies.

"I've known Chris since the earliest days of his career, and I am enormously proud to pass the torch to him," said John Hunt, founder of TBWA\Hunt\Lascaris. "He is a world-class talent and an incredible creative leader. His passion for the work, dedication to clients, tenacity and humility are second to none. He is also one of a rare breed who recognizes and demands work that is iconic."

"John has been an incredible creative leader for TBWA," continued Ruhanen. "He has brought Disruption to life for more than a decade and proven that the best work can come from anywhere. We are so pleased he will continue on with us as Creative Chairman."

Added Lee Clow, Chairman, TBWA\Media Arts Lab and Global Director of Media Arts, "I am incredibly happy for both John and Chris. Not only are they deserving of this recognition for the work they continue to deliver time and again, but also for the manner in which they have carried themselves throughout their careers. Good people do good."

Garbutt returned to TBWA in 2015 from Ogilvy & Mather East in New York, where he served as Chief Creative Officer. As CCO, his oversight and leadership spanned all agency disciplines, and he is credited with award-winning campaigns for Coca-Cola, IBM and Tiffany & Co. Previously, Garbutt was Chief Creative Officer of the network's Paris office, where he propelled the agency to new creative heights producing global campaigns for Dove, Google, Perrier, Louis Vuitton's 'Journeys' campaign and IBM's 'Smarter Cities.'

In 2014, Garbutt was ranked #1 CCO in the world by Directory's Big Won. Advertising Age also named him one of the most awarded Chief Creative Officers in the world that same year. He has won over 100 Cannes Lions in his career, including three Grand Prix awards, as well as top honors in The One Show, D&AD, Webbys, Clios and Art Directors Club awards.

He previously served as Executive Creative Director at TBWA\Paris, where he produced some of the agency's most celebrated work for Nissan, Absolut, PlayStation, Canderel and Pedigree.

A native of Cape Town, South Africa, Garbutt began his career in Johannesburg as a Creative Director at TBWA\Hunt\Lascaris, where he spent four years working under the tutelage of Hunt.

"I'm humbled and honored to take on this role at a company I love," said Garbutt. "The last year and a half have been about building our talent within TBWA, and creating a process that brings together our best people around the world to make the best work for our clients. That's what allows us to make our brands part of culture, which is where we thrive and make iconic work."