CLIC Sargent, the UK’s leading charity for children and young people with cancer, is launching a new awareness and fundraising campaign.

Created by Havas Worldwide London, the activity is based around the idea of “The Joke Appeal”, a nationwide appeal for people to submit their jokes.

The Joke Appeal builds on the notion that laughter is a powerful thing that can bring people together and provide a moment’s relief for a young person living with cancer.

The cinema, online, social and out-of-home campaign has a soft-launch in July and will continue until the end of August, when it culminates at the Edinburgh Fringe.

Havas Worldwide has built an online hub www.thejokeappeal.com to house submitted jokes and has recruited celebrity comedians such as Joe Wilkinson, Chris Ramsey and Simon Brodkin to help provide content and online reach. The more jokes that are submitted the more money the charity will raise.

Awareness of the appeal is driven by a 90-second film which will be shown online and launch at cinemas nationwide on 11th July. The film launch will be supported by a structured social media campaign.

CLIC Sargent’s campaign aims to create a better public understanding of the CLIC Sargent cause and impact, and particularly its support of 16-24 year olds, while raising money to help every young person with cancer that needs it.

Russ Lidstone, CEO of Havas London, said 'We're very proud to work with CLIC Sargent. Not only because it's such a fantastic cause, but with the Joke Appeal it's refreshing to use something as uplifting as laughter to raise money; the support we've already received has demonstrated just how powerful laughter can be'.

Liz North, Director of Communications and Campaigning at CLIC Sargent, said ‘Havas have created a really innovative awareness campaign in the Joke Appeal, to help us raise awareness and vital funds for our work with children and young people with cancer.

It’s perhaps surprising, but laughter can be a really important in dealing with the challenges that cancer brings, and by donating their jokes, the public will be able to show their support for children and young people with cancer.’ 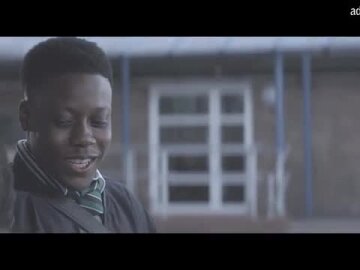 One Of The Gang 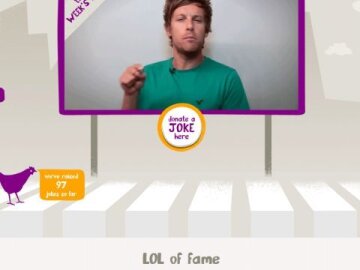